Can You Tell a Diamond From a Piece of Glass?

“Speak in accordance with peoples’ understanding.”

That is the advice of the Prophet Muhammad, peace be upon him, to everyone in the world who is trying to communicate with another person. In trying to make someone understand what you are saying you must perceive on what level this is possible and meet him there. There is no benefit in trying to teach first graders calculus nor in teaching university students addition and subtraction.

During the holy Prophet’s night journey and his ascension through the seven heavens to the Divine Presence, Allah Almighty bestowed upon him divine knowledge, and He taught the Prophet that there are three distinct categories into which this knowledge is divided.

The first category of knowledge taught to him was to be shared commonly with all mankind. None of this knowledge is going to shock or disturb people: it is clear and straightforward, can be easily understood by even the simple mind, and it is expressed in a way peoples’ minds can easily grasp. For example, when I tell you a tale I try to make sure that its contents correspond to your own experiences so that you may benefit from it.

It is one of the miracles of the holy Quran that everyone who reads it may understand something from what he has read: it is not so cryptic or unclear that people should say: “I can’t understand.” But don’t imagine that the meaning of the holy Quran is only what you have understood and no more! Even scholars must be careful not to make such an assumption, for the more we improve in our pro Mystic Footsteps faith the sharper our minds become. The light of faith brightens our understanding.

If we can understand that our understanding increases only with faith, then we will never raise objections if we find anything in the holy Quran that seems to conflict with what we see to be our better judgment. We must not draw hasty conclusions, but wait until enough of the holy Quran’s limitless meanings are revealed to our minds to understand the wisdom in what we read, for the Quran contains Meaning Oceans and we must undergo training to be able to extract pearls from them. And before we assume that we know better than the Quran, or even that we know better than any person, we must pay heed to our Lord’s declaration: “Above every knower there is one who knows more”, and understand that our perception may be clouded, and that surely there exist people who are more knowledgeable and wise than we are. If common people and scholars alike heed this Quranic observation and understand that others may see and know what they don’t or can’t know, then they will keep an open mind, and at least not attack those whose knowledge is of a different realm.

The second category of knowledge the holy Prophet was instructed to reveal to initiates, to seekers of truth, in accordance with their thirst for deeper understanding. This knowledge was only for those who had become suitable recipients for extraordinary revelation that would only shock or confuse the uninitiated. 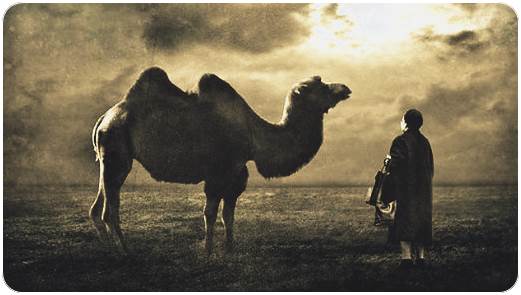 One great grandshaykh, Shaykh Muhyuddin Ibn al Arabi, may Allah bless him, received huge grants of knowledge of this category from the holy Prophet. He was one of the first to put into writing knowledge that had previously been passed on orally and spiritually. As a result of this he was widely persecuted. Scholars were scandalized by his writings and said: “From where is he bringing these things: We have looked through the holy Quran and the traditions of the holy Prophet but find nothing in them to support such heretical views.” This they were saying in the spirit of those who, in his time, rejected the prophethood of Muhammad SAW, peace be upon him.

From where did that understanding come to Shaykh Muhyuddin? The holy Prophet once said: “Beware of the perception of the true believer, for he sees with the light of Allah.” It was the light of strong faith, and the resulting clarity of perception and sharpness of intellect that enabled Shaykh Muhyuddin to delve into the “restricted area.” So, if you consider yourself to be a seeker of truth, don’t be lazy or timid in your quest, but seek to benefit from the clues provided by those who received initiation into this second category of knowledge.

Don’t be surprised that Shaykh Muhyuddin, Mawlana Rumi, Abu Yazid al Bistami, Shah Naqshband or Grandshaykh Daghestani reveal knowledge that is beyond the pale of the outward or apparent understanding of Islam. But don’t try to force such an understanding on those who are not seeking it, for it is not intended for all. Even the companions of the Prophet, who loved him intensely and were always ready to sacrifice everything for him, were not all able to receive knowledge of this type, and among those who were, some could receive more than others. Sayyidina Ali, the cousin and son in law of the Prophet, was one of those who received the most in depth knowledge; he once said to some of the other companions: “There are two categories of knowledge I received from the holy Prophet: one I reveal to you, and the other, were I to even intimate something of it, you would try to kill me.”

Whoever encounters a jewel but knows not the distinguishing characteristics of gems may think it to be part of a fossilized coke bottle and throw it away. There is a famous diamond in Istanbul, perhaps one of the biggest and most valuable diamonds in the world. The story of this diamond may help illustrate my point. That diamond was originally found in a dustbin by a street sweeper. He put it in his pocket and brought it to a spoon maker he knew. The spoon maker saw that it could be valuable, so he offered the street sweeper a wooden spoon in exchange for the diamond. The street sweeper was very happy with the trade, as in those days it was a

Mystic Footsteps sign of distinction to carry a spoon in one’s belt, and to always be prepared in case rice or soup was served.

Then the spoon maker took the diamond to a jeweller, who paid him a lot of money for it. The jeweler polished it and notified the Vizier about the existence of an extraordinary diamond. The Vizier bought it for a fortune and presented it to the Sultan, who had never seen its like. But to the street sweeper its worth was equivalent only to one wooden spoon.

So, everyone receives what he needs on his level, and this was a divine order to the Prophet: “Give to those who may receive”, and it is written on the Preserved Tablet who will be eligible for that knowledge. 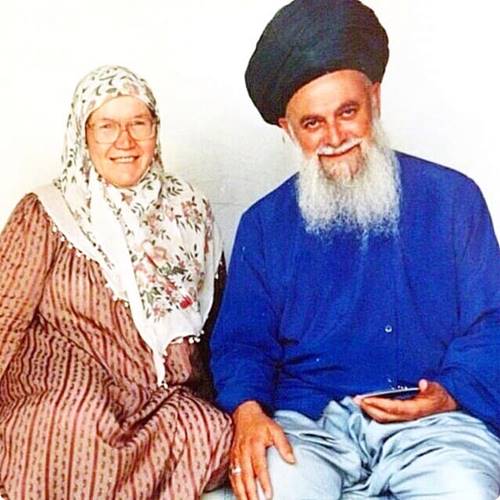 The third category of knowledge is that which is between Allah and His prophet to the exclusion of all others. This is the realm of the private confidence bestowed upon the Prophet by his Lord, and it is a depth of knowledge that distinguished him from and sets him above all of the saints and learned people of his nation.
Once we have understood this division of Islamic knowledge into three categories, and especially if we are faithful enough to develop penetrating vision and a share of esoteric knowledge, it should not be difficult for us to address people in accordance with their understanding. In his time the holy Prophet was working mostly with a very coarse and unlearned class of people, and he addressed them accordingly, in a manner suited to their mentality. He built their understanding, so to speak, from the bottom up, laying a strong base upon which to build; but for those of them whose hearts were receptive, their simple origins were no obstacle to their receiving grants of inner knowledge.

In his time, the holy Prophet also addressed more learned people: delegations of Christian clergy from Yemen and Jewish Rabbis and scholars residing in Medina. He addressed them on their respective levels too, discussing his mission in accordance with the contents of their holy Books. But knowledge of religious scripture is neither a condition for, nor a disqualification from inner knowledge the only condition is a receptive heart and mind, and the only disqualification is pride and envy. So those who came with sincerity and open hearts received amply, but those who came with prejudice could not be helped.

Our time also has its particular conditions and peoples. Certain words or methods may be acceptable to you but difficult for others. When the holy Prophet applied this wisdom to his manner of approaching people, Islam spread both East and West quickly. Therefore, don’t be oblivious to the reactions of these who you address, don’t run up against a wall, gaining nothing in the process except a bump on the head. Find common ground, then build on it step by step.

Islam derives its vitality from its inherent simplicity and universal principles. The basics may be practiced by all, irrespective of distinctions based on race, nationality, gender , age or cultural adherence, and it is in harmony with nature – with the nature of man and with that of the earth. But we must be worthy of understanding this and communicating it.

In our time elderly people may often be hard on youth for the way they behave, saying: “We never behaved so badly even when we were young.” But they must remember under what conditions and social norms those children are now being brought up. Similarly, practicing Muslims who are scrupulously observing the Law of Islam, may be impatient with those who are slowly approaching Islam or whose hearts are drawn to a circle of believers, expecting those people to conform quickly. If this is the case, it is a sign that you have not yet understood anything, and that your practices are only blinders. If you are wise, you will expect or demand only very little in the way of conformity from newcomers. Don’t try to load your burden on them – and if you are trying to shift your burden you must consider its causes. Don’t worry about bringing people “in line” but rather concern yourself with making sure that your own practices are becoming a means for attaining inner peace and are not becoming an end in