Story from Rumi’s Masnavi: “The treasure that we are looking for is hidden in our own house” 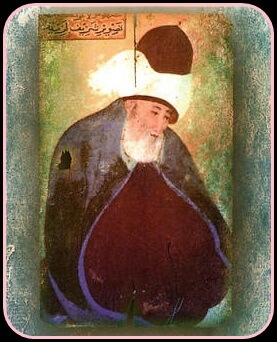 Story from Rumi’s Masnavi: “The treasure that we are looking for is hidden in our own house”

(i.e. what you are looking for is to be found in yourself)

There once was a man who inherited money and estates: he squandered all and was left destitute and miserable.

Inherited wealth indeed does not remain faithful to its new owner, since it was parted against its will from the deceased one.

Just because the heir got it easily, he doesn’t know its value; for he never made haste to work, toil and earn it.

His ready money went and his furniture and houses went: he was left alone like owls in the deserts.

He cried, “O Lord, You gave me provision: the provision is gone: either give me some provision or send death.”

When he became empty, he began to call unto God: he started the lament of “O Lord!” and “O Lord, protect me!”

He dreamed that he heard a Voice from heaven saying, “Your fortune will be found in Cairo!

Go to Cairo: there your affair will be set right. God has accepted your humble plea: He is the only beacon of hope.

In such and such a spot is a great treasure:you must go to Cairo to seek it.

When he left Baghdad and came to Cairo, his courage was restored when he saw Cairo,

But he had no money left for great or small expenses; and he was about to go and beg from the common people.

“At nightfall,” he said to himself, “I will slip out very quietly, in order that I may beg in the dark without feeling ashamed.”

With this in mind he went out into the street, and with these thoughts in his head he wandered to and fro.

Suddenly the night patrol seized him and, unable to restrain his anger , beat him with fist and truncheon.

As it happened, the people of the city had suffered losses in those dark nights from the plundering of night thieves.

So much so that the Khalīfa said, “Cut off the hand of anyone who roams about by night, even if he is a relative of mine.”

The night patrol saw him in the street at such a time and gave him a thorough beating and countless blows.

Shrieks and cries for mercy arose from the poor wretch: “Don’t strike! Let me tell the truth about it all!”

He replied, “Look now, I will give you time:speak, that I may learn how you came out into the streets by night.

You do not belong to this place, you are a stranger and unknown to me: tell me what you are really plotting here.

After taking many oaths he replied, “I am not a burglar or pickpocket.

I am no thief and criminal: I am a stranger in Cairo, I belong to Baghdad.”

He related the story of his dream and the treasure of gold, and under the influence of his truthfulness the man’s heart expanded like a flower.

From the treasure seeker’s oaths (objections) he recognized the truth: in him both the burning and the rue-seed were plainly visible

The night patrol said, “You are not a thief and you are not a villain: you are a good man, but you are foolish and silly.

You make such a long journey, relying on a fantasy and mere dream: your intelligence does not have the least spark of brightness.

I have dreamed many times, continuously, that there is a hidden treasure in Baghdad,

“I have often dreamed myself that there is a treasure in the dwelling-place in Baghdad.

I never left my home because of this fantasy, but in pursuit of a single dream you come here without considering the fatigue.

The treasure seeker said to himself, “The treasure is in my house: then why am I poverty-stricken and lamenting there?

While living above the treasure, I have almost died of beggary because I am heedless and blind.”

This good news intoxicated him with joy: his sorrow vanished, and without opening his lips he chanted a hundred thousand praises to God.

He returned from Cairo to Baghdad, prostrating himself, bowing in prayer and giving praise and thanks to God.

When he came home, he discovered the treasure: by Divine grace his fortune was restored

Extracted from The Heart of Hearts of Rumi’s Masnavi, with Kind Permission and Compliments of Wazir Dayers, see here.