What is spirituality? Why is it unpopular?

“What is spirituality? Why is it so unpopular?” By Aadil Farook

What comes to your mind when you hear spirituality? In the West, spirituality is often confused with Yoga, meditation, and similar exercises for attaining peace of mind. I do not deny that inner peace is a fruit of spirituality, but it does not imply spirituality. Islam has a very comprehensive, deep, and intense understanding of spirituality. There is a very high criterion for something to be spiritual.

Spirituality is the process and pursuit of inner purification, unveiling of God, unlearning of false knowledge, attainment of wisdom, the elevation of morals, the perfection of ethics, and self-rectification. It is a journey in which you slowly and gradually attain proximity to Holy Prophet (PBUH). The real purpose of spirituality is to purify your intentions to such an extent that you do everything only to please your Creator. It is an outcome of getting rid of worldly, egotistic, selfish, and materialistic desires. According to religion, a deed as big as giving birth to a country is worthless if there is no sincerity in the intent. You have to fight and conquer the strong impulse of the lower-self (nafs) again and again till your last breath. 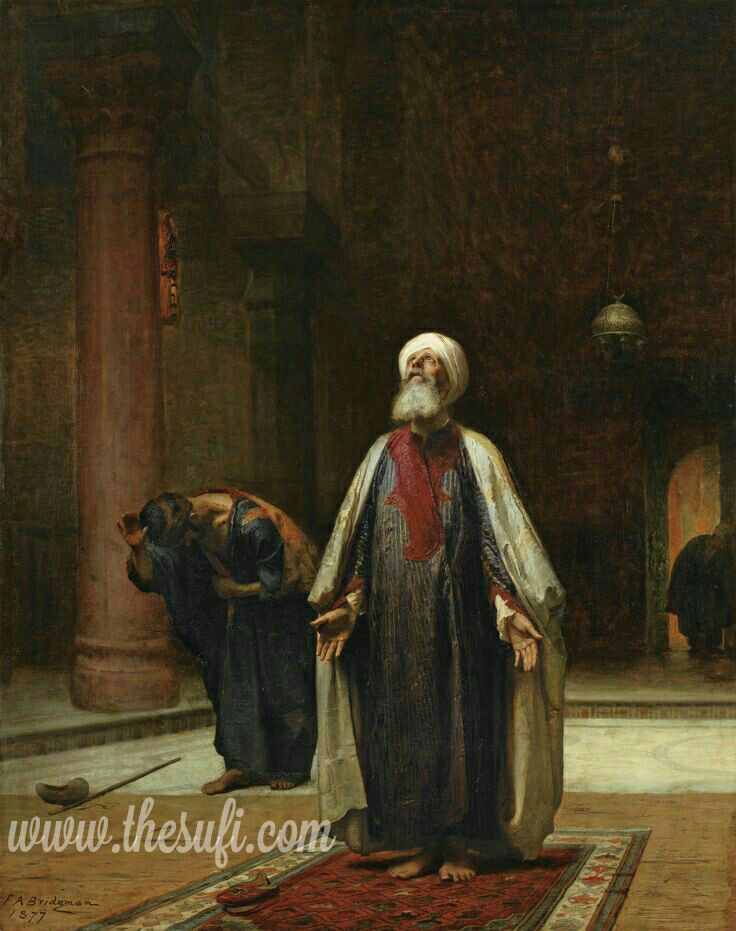 Spirituality is almost impossible without a spiritual master, mentor, guide, or teacher? Why? Because the lower-self (nafs) in humans is such a deceptive, powerful, and complex entity that a person cannot analyze and judge his deed objectively without bias, prejudice, narcissism, and favoritism. Only a person who has crossed the spiritual path far ahead of him can rightly tell him why he did something and for what reason. Only a person who has walked miles ahead of him on this vulnerable way can determine if his heart, mind, and soul complied with spirituality. Secondly, the traps of Satan are so clever, brilliantly disguised, and beautified that only a man of superior spiritual level will tell him if he has been deceived or not.

There is no spirituality without religion. In the West, some innumerable people describe themselves as “spiritual but not religious.” Undoubtedly, you can be religious but not spiritual. However, you cannot be spiritual without religiosity. This misunderstanding arose because people assumed certain positive traits to be a sign of spirituality. Love, forgiveness, compassion, honesty, humbleness, generosity, patience, humility, simplicity, tolerance, sincerity, sacrifice, perseverance, and fearlessness are spiritual attributes if accompanied by the correct belief. These qualities alone in themselves do not qualify for spirituality because even an atheist can possess them. There is an immense difference between temperament and spirituality. The motive, psychology, and incentive of a humanitarian who is not a believer may be genuine empathy for others which is commendable. However, it is not comparable with the humanitarian efforts of a Sufi driven solely by the pure intent to earn the pleasure of God alone.

Spirituality is attainable when you sacrifice your desires, wishes, wants, ambitions, goals, dreams, and passion for a higher cause, a Higher Being, a higher aim, and a higher plan. In this regard, you have three options. You do not give up on your objectives and remain far from spirituality; you give up on them and turn towards spirituality; God Himself will destroy all your plans and forcefully bring you towards the spiritual way. Most people would never adopt spirituality because it is giving them the signal that, “Your will, choice, preference, opinion, like, dislike is of no value whereas only the Divine Will is important.” In simple words, YOU are not significant; only HE matters the most.

The second reason spirituality is unpopular is that it may bring a lot of suffering, tragedies, setbacks, disappointments, and rejections, and let us be honest – no one wants that. Why is it so often associated with pain? Rumi, one of the greatest spiritual masters ever, said, “The wound is where the light enters.” We do not want our ego to be hurt because psychologically and emotionally, it is a painful experience. Spirituality is not attainable until and unless your ego gets destroyed – not once, not twice, not thrice – a thousand times indeed. Since human beings are highly egoistic creatures by nature, you cannot sell an idea that says no to the ego.

Here, any intelligent mind would ask why we need to suffer so much in the first place. It is because we need to understand the real purpose and true meaning of life itself. According to religion, the sole aim behind life in this world is seeking, discovering, and recognizing God as He is. There are many veils between man and God. These veils need to lift before we can know the reality of anything. These veils exist due to the false knowledge we learn since childhood from education, parents, society, motivational speakers, and best-selling authors. They have given us perspectives, concepts, definitions, theories, and opinions that oppose spiritual wisdom. We blindly follow them because they complement and endorse our desires. We never see them with critical lenses if they are actually in line with the essence and spirit of religion or not. 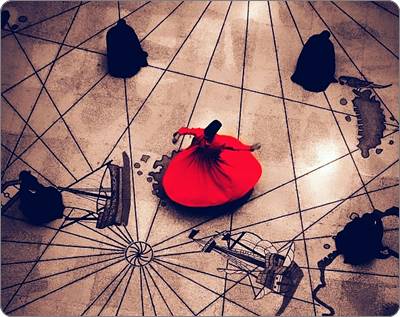 Why do the genuine seekers of truth suffer? The deeper, hidden, mystical and secret meanings of everything are bestowed on them when, one by one, their wrong beliefs are shattered by real-life experiences that demonstrate that what they had thought and understood earlier was not the case at all. Instead, what Quran and Sunnah say is the real thing. While an average believer pays lip service to revelation and prophetic traditions, a spiritual person goes through a sequence of circumstances, episodes, and events which leaves him with no choice but to affirm what religion stated many centuries ago. It is called faith in the real sense. This level of conviction cannot be developed by reading books, listening to sermons, academic studies, and intellectual pursuits. It is only possible after you have undergone something abnormal which goes against worldly wisdom, which challenges the phenomenon of cause and effect. The majority of people believe that everything is happening due to cause & effect. However, a spiritual person disbelieves it and realizes that not even a leaf stirs without God’s will.

It is not something to be debated, argued, or discussed in drawing-rooms; it has to be experienced, tasted, undergone, and understood from the deepest core of one’s heart and soul. It is foolishness to share spiritual secrets with an ordinary man as he is a product of his mind which cannot understand spirituality through logic, science, and philosophy. It is only an actual connection and relation with your Creator which would make you comprehend it properly. That is why it is so unpopular because not many people in the modern age possess such a pure and potent link with the Almighty. This bond is far beyond any yoga, meditation, or well-being exercise. It will give you inner peace without any yoga, meditation, or well-being exercise. The Western form of spirituality can only guarantee a good life in this temporal world. It cannot give you anything in the eternal life after death which is the concern of religion. Islamic spirituality starts where its Western counterpart ends.

The third reason why spirituality is so unpopular is that we live in a world where all we hear about throughout our lives is success, achievements, accomplishments, glamour, pomp, prosperity, glitter, money, power, dominance, fame, and recognition. All these words are utterly worldly terms. We dwell in a society where our entire worth, value, importance, intelligence, competency, knowledge, and respect is judged based on these so-called positive aspects of life because they feed our ego to the fullest. No one wants to be a failure in the eyes of others. In spirituality, the opposite is true. Our worldly failures are an asset because they diminish or weaken our ego. Our false pride decreases by these failures. So, from a spiritual point of view, it is a blessing in disguise; it is a sign of real success that we will only realize on the Day of Judgment. However, this idea is not appealing to anyone because we want to safeguard our egos at any cost. So you cannot make spirituality sell and attract others.

Spirituality, indeed, is only for the chosen people of God that He especially selects for His path. Only those who are blessed develop the capacity for selflessness. Only at His discretion, few people have a soul so refined and fine-tuned. In this quest, man sees his complete dependence on God hidden from the majority. Since it is a game of love rather than intellect, it is only for the beloved. It is a journey of untainted devotion, uninterrupted heartbreaks, unconditional virtue, and unending resilience. It is a test of genuineness rather than smartness. It is a tale of a man embracing characteristics even beyond the reach of angels. It is a story of why God did not listen to angels when they opposed the creation of man. When you would know divine love, you won’t have better things to do!

Aadil Farook is the Winner/Nominee of 2 International Awards (US & UK). He writes on Islam, Sufism and Spirituality and can be reached at www.aadilfarook.com.